February 2021
​
Infralinx Mobilizes to Advance Infrastructure and Smart Regions Across the U.S. and Beyond
January 2021
Infralinx has partnered with The Future Hunters to offer Strategic Market Assessment for its clients and projects.  See Erica Orange, Executive VP & Chief Operating Officer of The Future Hunters on "CBS This Morning" here.
November 2020
June 2020
Infralinx is working to address improvements in transportation infrastructure.  Click here for a message on this timely and critical focus from Americans for Transportation Mobility:
Americans for Transportation Mobility:
"That improvements to passenger rail, public transit, bridges, rural roads and interstates are needed is not up for debate. In 2017, the American Society of Civil Engineers (ASCE) informed all of America that our infrastructure was graded at a D+. This included multiple systems, but largely surface transportation. The House of Representatives has committed to a long-standing federal partnership, and the Senate agreed improving transportation is a national responsibility. This is a new video from the Americans for Transportation Mobility (ATM) Coalition that helps explain why modern infrastructure and increased investment can’t wait. At the end of September, the last surface-transportation reauthorization expires. New federal infrastructure legislation can be a path to addressing problems that will only get costlier and more cumbersome without a major bipartisan push. Local and state governments are already doing their parts, but we are at a fork in the road. The Senate recently held hearings linking the country’s recovery and potential economic growth to infrastructure, and the House sent out a policy framework thick with green measures. We appreciate that policymakers are thinking in bold ways, but America needs to finally get this done. There are more than 331 million people in the United States who need assurances of school buses and trucks on safe roads, and bridges that are not last-century structures. Communities need funds for transit systems taking a huge hit, federal investment for interstates, highways and corridors that are regional nightmares, and reachable plans for urban streets that are eyesores. In the last year, the global ranking of America’s infrastructure dropped from ninth to 13th, according to the World Economic Forum (WEF). The WEF ranked America’s “transport infrastructure” 12th and gave it a score of 79.6. Our transportation system is the one constant that powers the U.S. economy and commerce, and helps us all stay safe and mobile."
​January 2020
IFCP soon to announce their advisory role in a major 5G initiative.
​
December 2019
December 2019
IFCP works with Matt Garver and Willis Towers Watson co-designing a more expansive political risk insurance coverage product for the WTW offerings.
November 2019
IFCP assists Cordiant Capital with its goal to provide renewable energy to Bougainville, which will aid in the development of the autonomous region.
November 2019
IFCP engages Frasca & Associates LLC.  Frasca & Associates is an independent municipal advisory firm, is dedicated to helping clients establish financial practices, enabling them to provide services to their constituents and customers in an efficient, cost-effective manner.
June 2019
Critical to a logistics city are its ports: seaport/harbor, airport and inland port (rivers, lakes, etc.). Also needed are land transportation such as highways for trucking, and railroads that must cross country and connect with surrounding countries.  There must be the ability to attract talent to the city with residential areas, commercial areas, safety and security, hospitals, fire stations, and local sustainable food sources. IT infrastructure must be incorporated. Storage areas: cargo center, warehouses, container terminals are needed.  Strategic business partnerships must be forged with shipping (UPS or FedEx, for example), international banks, restaurant groups, hotel groups, IT (IBM or SAS for example), entertainment and railroads (Union Pacific, BNSF, Central Japan Railway, etc.). Source

Infralinx is honored to enter into this important project providing advisory work for the Royal Commission at Yanbu.  Infralinx has similar logistics mandates pending in Latin America and Northern Europe, and views logistic management as a key driver for growth.
April 2019
Richard Ornitz, on the Business Advisory Board of the UNECE, Speaker at Geneva Meetings April 2019:
​Making PPPs Work for Sustainable Development
Overturning the credibility gap in traditional PPPs: the ‘People-first’ approach for national and local governments. 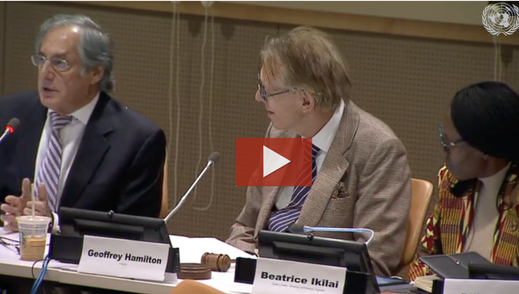 ​March 2019
Infralinx meets with CAPT Tortora at the U.S. Naval Academy to appraise the establishment of an IBM lab there.  Infralinx works with IBM and the large network of Infralinx partners, to enable IBM to develop labs at partner locations - to date these include the Caribbean Maritime University and Salve Regina University.
June 2018
January 2018
IFCP is requested by the Government of Nepal to source financing for the nation's hydro sector. Additional private sector mandates include a motorway, monorail and a real estate project.
Infralinx team in Nepal for meetings with Deputy Prime Minister Thapa and Mayor of Kathmandu Shakya on infrastructure projects.
December 2017
IFCP partners with IBM Global Cyber Security to establish an IBM Security and Data Operations Center in Bermuda.
​
December 2017
IFCP, partnered with Gilbane and J.P. Morgan, are shortlisted for a RFP for a new Innovation Campus for the University of Rhode Island.
About Innovation Campus | Rhode Island
December 2017
Infralinx was asked to solve the problems involved in refinancing several hundred ships mortgages registered in Germany.  IFCP is working directly with U.S. and German consultants.

December 2017
IFCP mandated to assist a global international construction company with market penetration for EPC, DB, DBF and DBFMO contracts in the United States and Caribbean.​
​
November 2017
IFCP retained to source financing of the first of 6 waste to energy plants for Envirogreen Energy in Sint Maarten and the Philippines.

November 2017
IFCP retained to provide projects that are owned and operated by multigenerational companies to obtain debt, EIB and EBRD which is readily available from an investment intermediary for the Baltics and Central Eastern Europe, and with OPIC for Latin America and Africa - the first deal being a fertilizer business in Latvia.

October 2017
Infranlinx continues work on its 5-year contract in conjunction with Louis Berger to assist the US Army Corp of Engineers to bring private capital U.S. Corps to PPP projects, with a solar pond energy project underway for an Air Force  Base in Texas.

October 2017
IFCP opens a new office in Middletown, Rhode Island to assist in local, regional and global infrastructure projects, including the buildout of ten resiliency projects in Newport, RI and educational projects in Rhode Island such as the URI Innovation Campus bid in conjuction with Meridiam Infrastructure, JP Morgan and Gilbane.

September 2017
IFCP selects Mitsubishi Bank to do its organizational administration and to potentially assist in a capital raise for $500 million to expand business.

September 2017
Infralinx Capital Europe continues its role on the finance panels in London for each the EBRD and EIB.
​
​May 2017
Richard Ornitz, on the Business Advisory Board of the UNECE and Panelist at the Best Practices in People-First PPP Waste to Energy Projects presentation at the UNECE International PPP Centre for Excellence at the City University of Hong Kong.
​October 2015
Richard Ornitz presents on "Public-Private Partnerships (P3) for the Nation's Inland Marine Transportation System - Focus on Dredging"
​Dredging Conference 2015, Savannah, GA 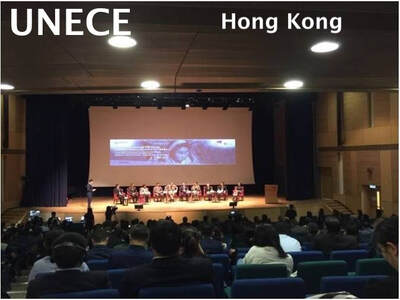 NPDC also has wider ambitions. The company is looking at the Newport project as both a national test case and as an incubator focused on resiliency planning around ocean related climate change. The project is also a national test case of how the public sector and private sector can come together with investors to develop civic infrastructure.
Microgrid Knowlege April 14, 2017 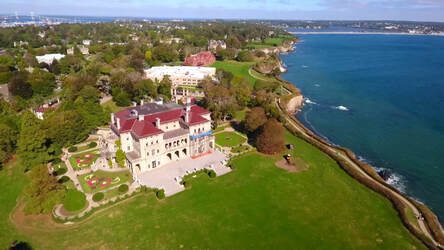 July 2016
Newport Project Development Company
​Infralinx forms a partnership with three companies to form the Newport Project Development Company (NPDC) to develop the Innovation and Resiliency Center of Excellence (Innovation Hub) in Newport, Rhode Island in partnership with the City of Newport. The nearly 60-acre center will be a model for coastal cities across the world for integrated resilience and leadership innovation. The consortium includes WSP (formerly Louis Berger) an Engineering News-Record top-20 ranked, global professional services corporation that helps clients solve their most complex infrastructure and development challenges, Gilbane, a construction company based in Rhode Island; and Dentons, an international law firm.
Engage Newport Article
Partner Article 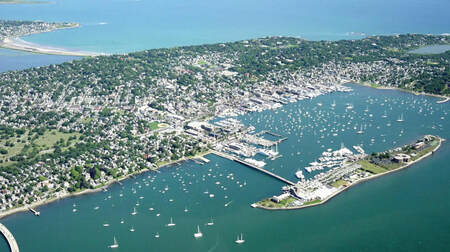 Institutional Investing in Infrastructure
Richard Ornitz on the Importance and Opportunities for P3s in the Current Market
Click Photo Below: 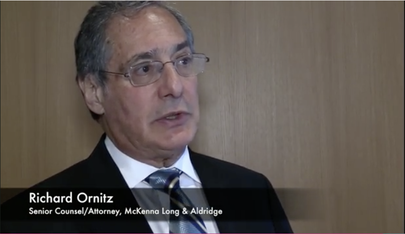 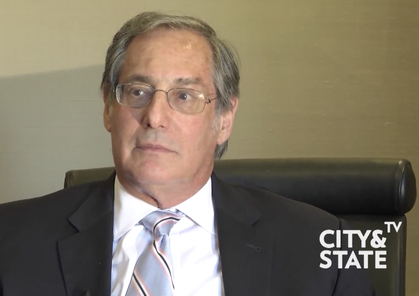